Chris Penteck was accepted into the ISLA’s (International Surf Lifesaving Association) Project Indonesia program where he will be helping the local lifeguards in Pangandaran,

The International Surf Lifesaving Association’s (ISLA) Lifeguards Without Borders initiative was started in 2006 and has helped to promote drowning prevention in multiple countries throughout the world. In December 2017, the ISLA will be conducting their 3rd year of this initiative in Pangandaran, Java Indonesia with the help of twelve volunteers spanning from the USA, Australia, New Zealand, and the U.K, one of which being Smith Point Ocean Rescue Team’s Chris Penteck.

On December 28th, volunteers will arrive in Jakarta International Airport and travel to Pangandaran Beach in Java. There, they will work alongside and help the local lifeguards to better protect their beach during the 2017-2018 New Years holiday, as well as pass along and teach lifesaving techniques that will help promote drowning prevention in the future. The ISLA will also be donating lifesaving equipment to the Pangandaran lifeguards as to better equip them in the future in their goal to prevent avoidable drowning. 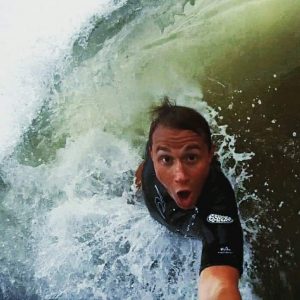